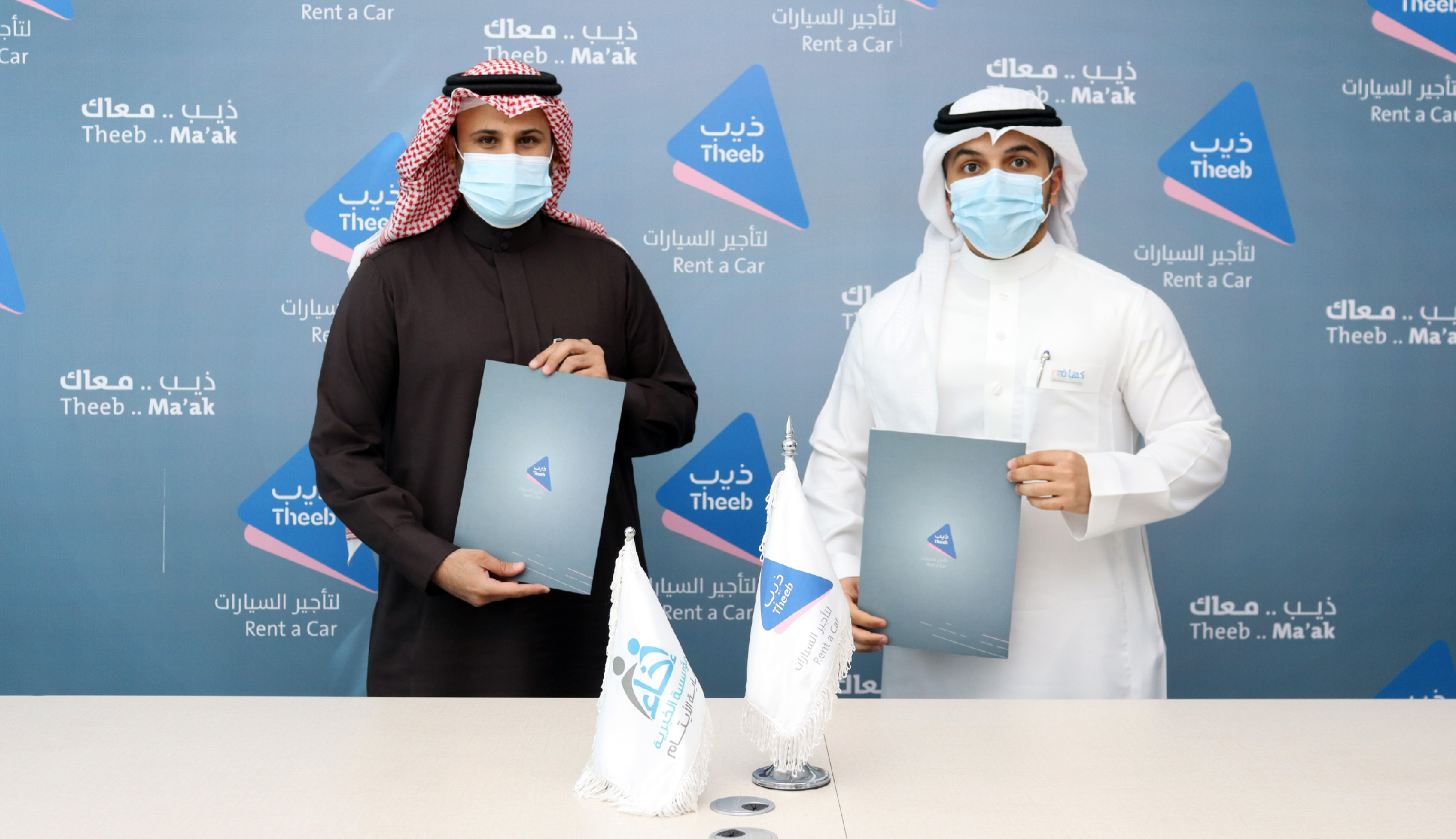 “Theeb Rent a Car Company” signed a joint cooperation agreement with the charitable foundation for orphan’s care “Ekhaa”. The agreement stated that Theeb company will sponsor the two competitions, which will be organized by Ekhaa this year 1443 AH, during the holy months of Ramadan and Dhul Hijjah. The two competitions are of paramount importance as they market for Ekhaa wide-range services and programs that are well tailored to help the orphans across the Kingdom. Hence, they urge community members to fulfil their responsibilities regarding taking care of the orphans.

The agreement was signed by the Director of Marketing and Public Relations at “Theeb Rent a Car”, Mr. Muhammad bin Othman Al-Qadi, and the Secretary-General of “Ekhaa”, Mr. Saleh bin Khalif Al-Dahmashi. The agreement also witnessed the presence of several officials from both sides, as well as several entities that are concerned about charitable and humanitarian affairs.

The cooperation, which worth 100,000 SR, is not the first of its type between the two entities as they had a similar one last year. Through this agreement, “Theeb” shaded the light once more on its embodiment to carry out its responsibility in regard to serving the community, within the framework of the initiatives of its program “Theeb Al Khair”. The program is designed to support the various charitable and humanitarian activities in all regions of the Kingdom to promote the principles and objectives of charitable and humanitarian work in the Kingdom.

It is noteworthy that “Theeb Rent a Car Company”, which launched its car rental business in 1991, has a wide base of customers from various categories and sectors as well as individuals, for more than 30 years. By time, Theeb succeeded to be one of the leading companies in the car rental sector, with more than 52 branches and more than 22,000 vehicles classified to more than 84 types. The company also boosts its presence by having branches across the whole kingdom, including 14 branches in international and domestic airports.